Francesca Pia Vitale from Italy and Carles Pachon from Spain are the first-place winners of the 19th edition of the NEUE STIMMEN International Singing Competition. During the finale in Gütersloh, the two singers won over the jury consisting of globally renowned opera experts. Prizes were also awarded to the second- and third-place finishers. 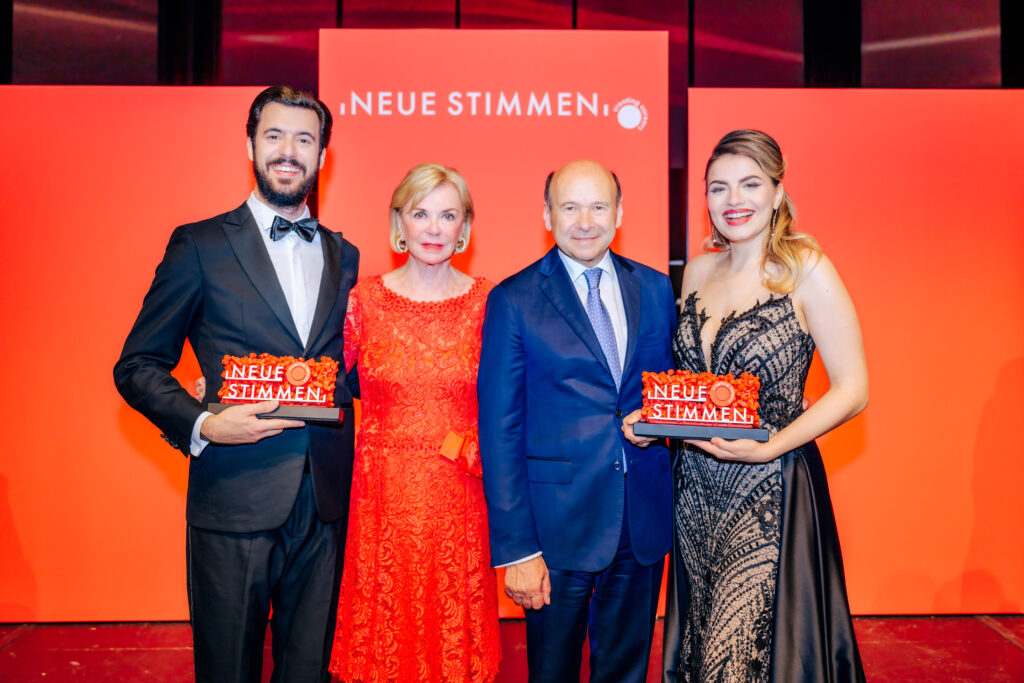 Gütersloh – July 1, 2022: Francesca Pia Vitale from Italy and Carles Pachon from Spain have won the 2022 NEUE STIMMEN International Singing Competition. The two talents prevailed Thursday evening during an exceptional final concert, thus giving an enormous boost to their prospects for a successful career in the world of opera. Each of the two singers will also receive €15,000 in prize money.

During the grand finale in Gütersloh’s Stadthalle, seven women and four men demonstrated their vocal abilities, charisma and stage presence to the jury made up of acclaimed opera experts as well as other music-world professionals, audience members and media representatives. The top three women and top three men received prize money totaling €60,000. Additional prizes were awarded to the other final-round participants in honor of their achievements. In addition, Francesca Pia Vitale was the recipient of the Audience Prize. The finalists were accompanied by the Duisburg Philharmonic under the direction of English conductor Jonathan Darlington. The complete final concert and all individual arias are available on the NEUE STIMMEN YouTube channel.

The winners of NEUEN STIMMEN 2022 are:

Baritone Taehan Kim from South Korea is the winner of the Brian Dickie Young Talent Award, which includes prize money of €5,000. The jury also awarded two Talent Development Prizes for the first time: to tenor Zachary Rioux from Canada and soprano Parchiyachart Sitthidamrongkarn from Thailand. The Talent Development Prize is provided by the Mascarade Opera Studio and the Fondazione Mascarade in Florence. It comes with a stay of up to three weeks in Florence and the chance to become a permanent member of the studio there. 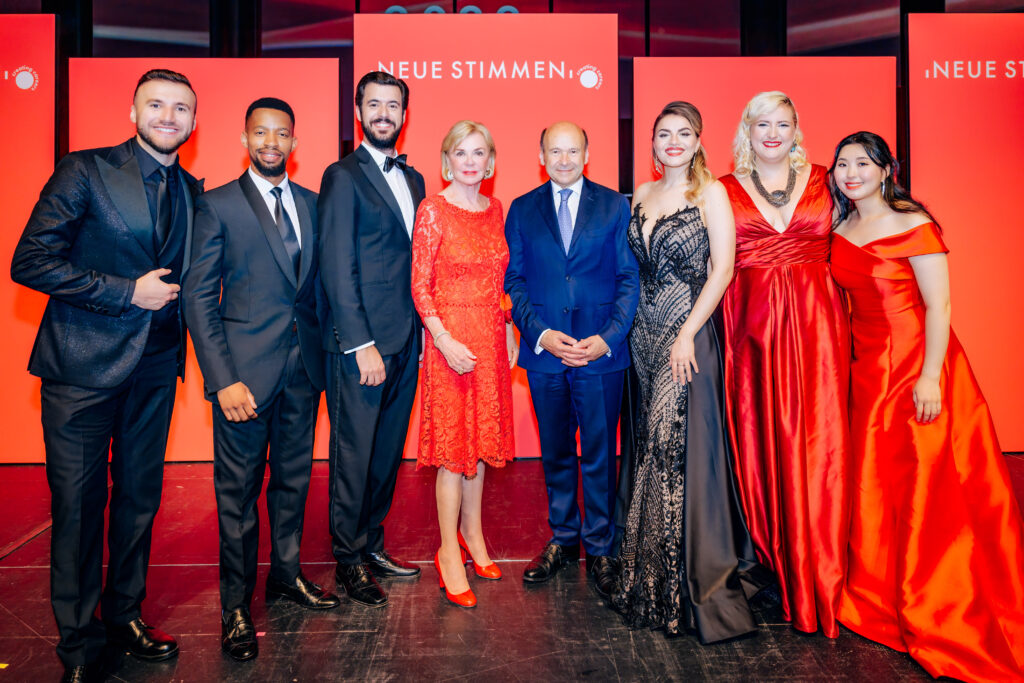 “Much closer to realizing their big dream”

Liz Mohn, president of NEUEN STIMMEN and of the Bertelsmann Stiftung’s Liz Mohn Center, presented the prizes together with jury chairman Dominique Meyer, CEO of Milan’s La Scala opera house, and congratulated all the winners. “My sincerest best wishes to all of the singers who can be proud of having taken the top spots at NEUE STIMMEN 2022. They have everything one needs for a career in the world of opera. After receiving this award, they are now much closer to realizing their big dream of singing on the world’s stages,” Mohn said. “Yet all of the talents we saw in the final round now have better professional prospects, thanks to their participation in the competition. This is particularly important for young singers in these difficult times. I am much looking forward to following our young talents as they continue on their paths. Each of them made it possible for us to experience the power that music has to bring us together, for which I would like to thank them all very much.”

Some 1,400 young singers from 67 countries applied to participate in the 2022 NEUE STIMMEN International Singing Competition. A total of 33 talents from 21 countries competed in the final round in Gütersloh. All of them thus received an excellent and perhaps one-time opportunity to convince international opera experts, artistic directors and music agents of their abilities. Even after they leave Gütersloh, all final-round participants will be able to benefit from NEUE STIMMEN’s well-established international network as they continue developing their careers.

Note for journalists: Images of the winners can be accessed through this link. Additional photos and information on the final round can be downloaded here:

The NEUE STIMMEN International Singing Competition was initiated in 1987 by Liz Mohn, president of NEUE STIMMEN and of the Bertelsmann Stiftung’s Liz Mohn Center. The competition is considered one of the world’s most important platforms for up-and-coming opera singers, who can use the competition to make contact with jury members, opera-house managers and music agents. NEUE STIMMEN has helped numerous talents launch international careers, including renowned singers such as Christiane Karg, Nathalie Stutzmann, Marina Rebeka, Michael Volle, René Pape, Franco Fagioli, Nadine Sierra and Elsa Dreisig.

About the Bertelsmann Stiftung: Inspiring people. Shaping the future.

The Bertelsmann Stiftung is committed to enabling social participation for everyone – politically, economically and culturally. Our programs include Education and the Next Generation, Democracy and Social Cohesion, Digitalization and the Common Good, Europe’s Future, Health, and Sustainable Social Market Economies. In our work, we focus on people, since only they can change the world and make it better. We share knowledge, promote expertise and develop solutions. A nonprofit foundation, the Bertelsmann Stiftung was established in 1977 by Reinhard Mohn.