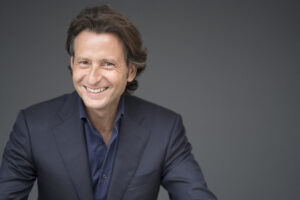 The official statement of the Teatro Real is as following:

The Teatro Real has announced the appointment of Gustavo Gimeno (Valencia, 1976) as Music Director from the autumn of 2025, when Ivor Bolton’s contract comes to an end. The appointment of the Spaniard Gustavo Gimeno, Music Director of the Toronto Symphony Orchestra (Canada) and the Luxembourg Philharmonic Orchestra (until 2025), has been unanimously approved by the Executive Committee and the Board of Trustees of the Teatro Real, held this morning. The Commission and the Board of Trustees have also unanimously approved the appointment of Italian Nicola Luisotti as Conductor Emeritus, an appointment that will recognise his regular presence in the programme, in line with his achievements in recent years. He will continue to work in close collaboration with the Music Director.

„On behalf of the Teatro Real, I am delighted to welcome our future Music Director, whose is well known for his energy, style and virtuosity. We are looking forward to continue on the valuable collaboration of Nicola Luisotti.  We have enjoyed great music experiences with Ivor Bolton over the years and will continue to do so over the next three seasons. I look forward with  confidence to what the future holds for us with such excellent conductors,“ said the President of the Teatro Real, Gregorio Marañón. The General Director of the Teatro Real, Ignacio García-Belenguer, said he was delighted to welcome Gustavo Gimeno as Music Director of the Teatro Real from the 2025/2026 season: „We are at a crucial moment after the challenges of the pandemic and knowing that we have the best team to develop our strategic plans for the next five years fills us with enthusiasm“, he said. „After the fantastic experience of the tour and the extraordinary results at the helm of El ángel de fuego this season, it has become clear that he is the ideal conductor to join the team of the Teatro Real. His energy and empathy with the artistic ensembles and the artistic direction of the Teatro Real are the best guarantee for the future of the institution. Moreover, having Nicola Luisotti as part of the team consolidates the model at the highest level“, added Matabosch, who emphasised that Ivor Bolton’s tenure has been „extraordinary“ and that the Theatre will continue to count on him and Pablo Heras-Casado for some of the „great future artistic projects of the institution“.

Gustavo Gimeno stated: „I am so incredibly honoured that I will be the next Music Director of Teatro Real Madrid. Only a few months ago, I had the opportunity to conduct Prokofiev’s Fiery Angel there and enjoyed one of the most enriching musical experiences of my career. I cannot wait to start working intensively with all the fantastic artists and professionals who make Teatro Real one of the greatest opera houses in the world – as well as with their resident ensembles, the Orquesta Sinfonica de Madrid and Intermezzo Choir. I will do all I can to serve this illustrious institution and uphold its reputation for the highest artistic standards. I could not be happier!“ he added about the news of his appointment. Nicola Luisotti has expressed what his link with the Real means to him: „I am delighted to continue my work with the Teatro Real which I love so much. This place has become de facto my family, and Madrid my city. This role of Director Emeritus is a great honour for me, but it also means something else to me: that I am getting older! But I am very happy to share my next years in this wonderful theatre with Joan Matabosch and with Gustavo Gimeno, who is a wonderful conductor and colleague„, he added.

In demand by the most important orchestras in the world, Gustavo Gimeno is currently Music Director of the Toronto Symphony Orchestra (since 2020) and also of the Luxembourg Philharmonic Orchestra (until 2025). In his ten years as music director, and with an ever-increasing career, Gimeno has conducted major orchestras, ensembles and soloists. Last season he conducted the Amsterdam Concertgebouw Orchestra, the Orchestre de Paris, the Berlin Philharmonic, the Cleveland Orchestra, the Bavarian Radio Symphony Orchestra, the San Francisco Symphony and the Los Angeles Philharmonic. He has conducted musicians of the stature of Daniel Barenboim, Gautier Capuçon, Leonidas Kavakos, Anja Harteros, Thomas Hampson, Bryn Terfel, Yuja Wang and Krystian Zimerman.

Gustavo Gimeno has made numerous recordings with the Luxembourg Philharmonic for Pentatone, and his discography includes works by Rossini, Stravinsky, Debussy, Ravel, Shostakovich, Mahler and Coll. He has recently signed an agreement with Harmonia Mundi, recording Rossini’s Stabat Mater as his debut. In the field of opera, Gimeno has directed productions at the Zurich Opera, Liceu de Barcelona, Palau de les Arts de Valencia and at the Teatro Real Madrid, where he made his debut with the premiere of Sergei Prokofiev’s The Fiery Angel this season, to great public and critical acclaim.